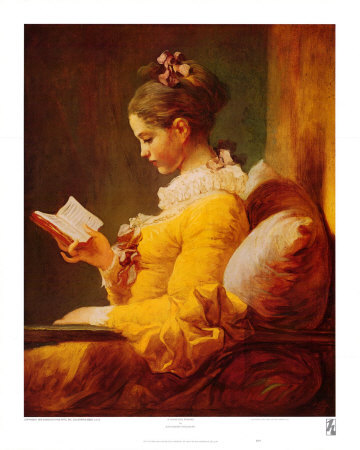 My husband and I could not be more different from each other.  In a few ways, at least.  Case in point: I spent my childhood hiding under the covers with a flashlight and a copy of The Snarkout Boys and the Avocado of Death, while he spent his summers at Computer Camp programming the little Logo turtle to make triangles and squares.  I’m an avid reader and librarian; he’s a complete computer whiz who could program his way right into whatever industry he chooses.

When Aaron was just a little boy, his dad brought home the Commodore 64 that would seal his fate as a hot computer nerd.  As a mere seventh grader, he self-taught his way through a book of how to code in C.  While I was auditioning for high school plays, my husband was teaching himself database architecture via a little homegrown website called “Synthetic” that he’d built in his basement.  When he first wooed me, he wrote me a little program called “arrow_kill” to destroy all those nasty little carrots — “>>>>” — that show up in email trails.  I hate those things!  It totally worked.  Now Aaron predicts chemical / protein interactions using computer simulations.  This is cutting-edge, sought-after, super sexy stuff in the multi-billion dollar pharmaceutical industry.

END_OF_DOCUMENT_TOKEN_TO_BE_REPLACED

In an effort to subtly promote the “Vote Yes for the Library” campaign while not crossing any ethical lines, I decided to create a small display called “Love Your Library” that lives at the reference desk of the Lawrence Public Library. It was fun to see what we had in our collection that could count; here’s what ended up on the display (As always, pix and synopses are adapted from WorldCat, Goodreads, & Amazon):

END_OF_DOCUMENT_TOKEN_TO_BE_REPLACED

Booklists & Reviews, I Swear This Happened at the Public Library

If you’ve been following this blog for any length of time, you may recall that I have sort of a love-hate relationship with what we here in the library like to call “Reader’s Advisory.” Don’t panic — I’m not going to rehash that whole thing!

Yet I had the coolest Reader’s Advisory experience here at the public library the other day, and now I’m dying to know if other librarians have experienced this, too. I’m going to call it “Librarian’s Advisory.” Here’s what happened: END_OF_DOCUMENT_TOKEN_TO_BE_REPLACED

So I’ve been thinking a LOT about Young Adult Fiction lately, probably because I’m really looking forward to the possibility of working with teens in a public library next year.  This got me thinking about what books I really loved when I was coming into my own as a reader.  I chatted up one of the YA librarians at the library yesterday, and I felt really dated inquiring about some of my old favorites.  But she did confirm that some teens are still actually reading these old-timer classics.  Anyway, I just wanted to mention some of them here for posterity:

END_OF_DOCUMENT_TOKEN_TO_BE_REPLACED

Yesterday I went to the absolutely fabulous Marion Public Library and one of the really helpful reference librarians recommended some YA fiction for me to read.  I’m pretty excited about the list we came up with:

END_OF_DOCUMENT_TOKEN_TO_BE_REPLACED

The Snarkout Boys and the Avocado of Death

Who doesn’t loveThe Snarkout Boys and the Avocado of Death by Daniel Pinkwater?  It’s one of my favorite books of all time, and I wanted to share it with you in installments through this podcast:

Listen to The Snarkout Boys and the Avocado of Death, chapter 1.